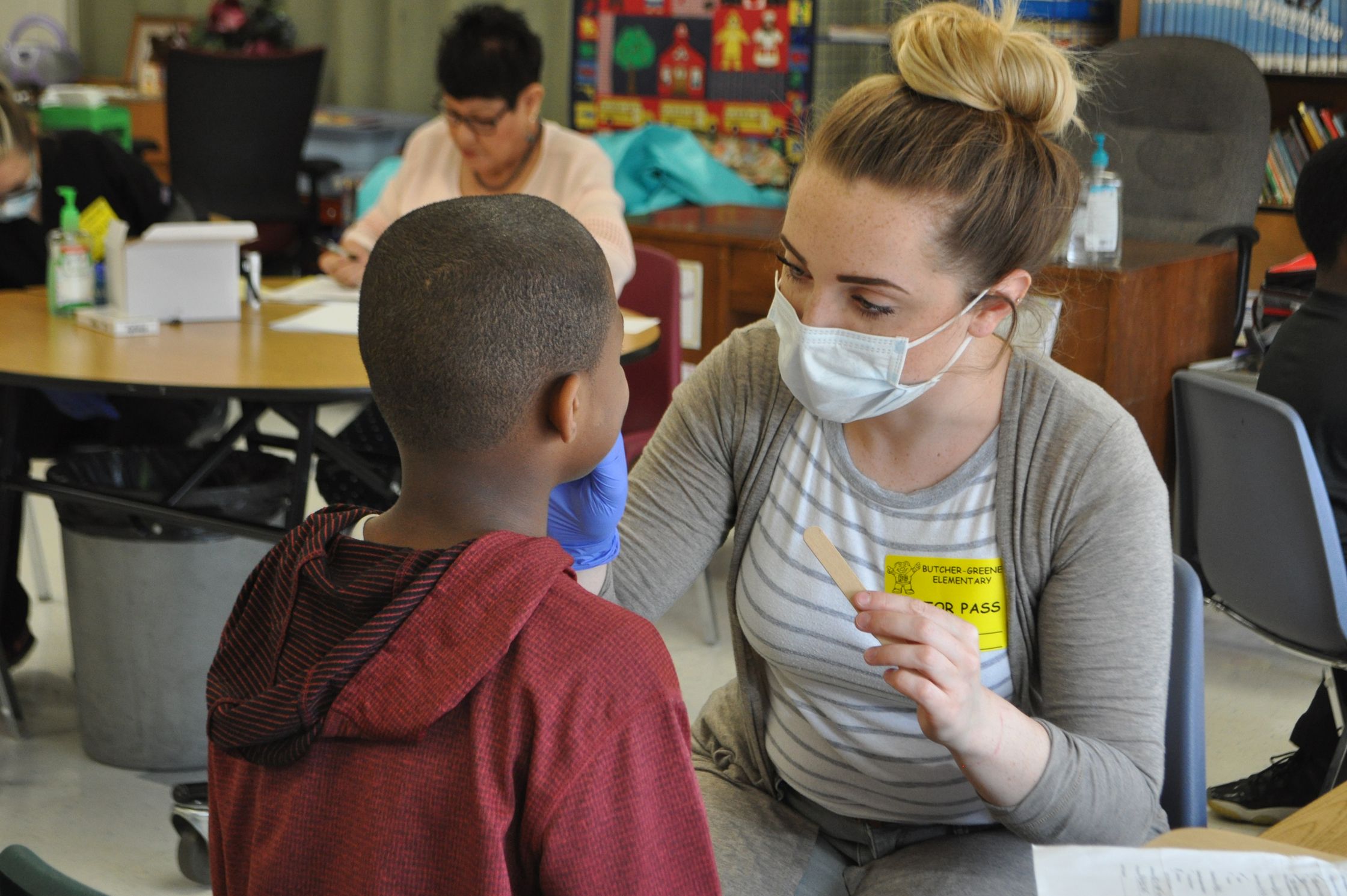 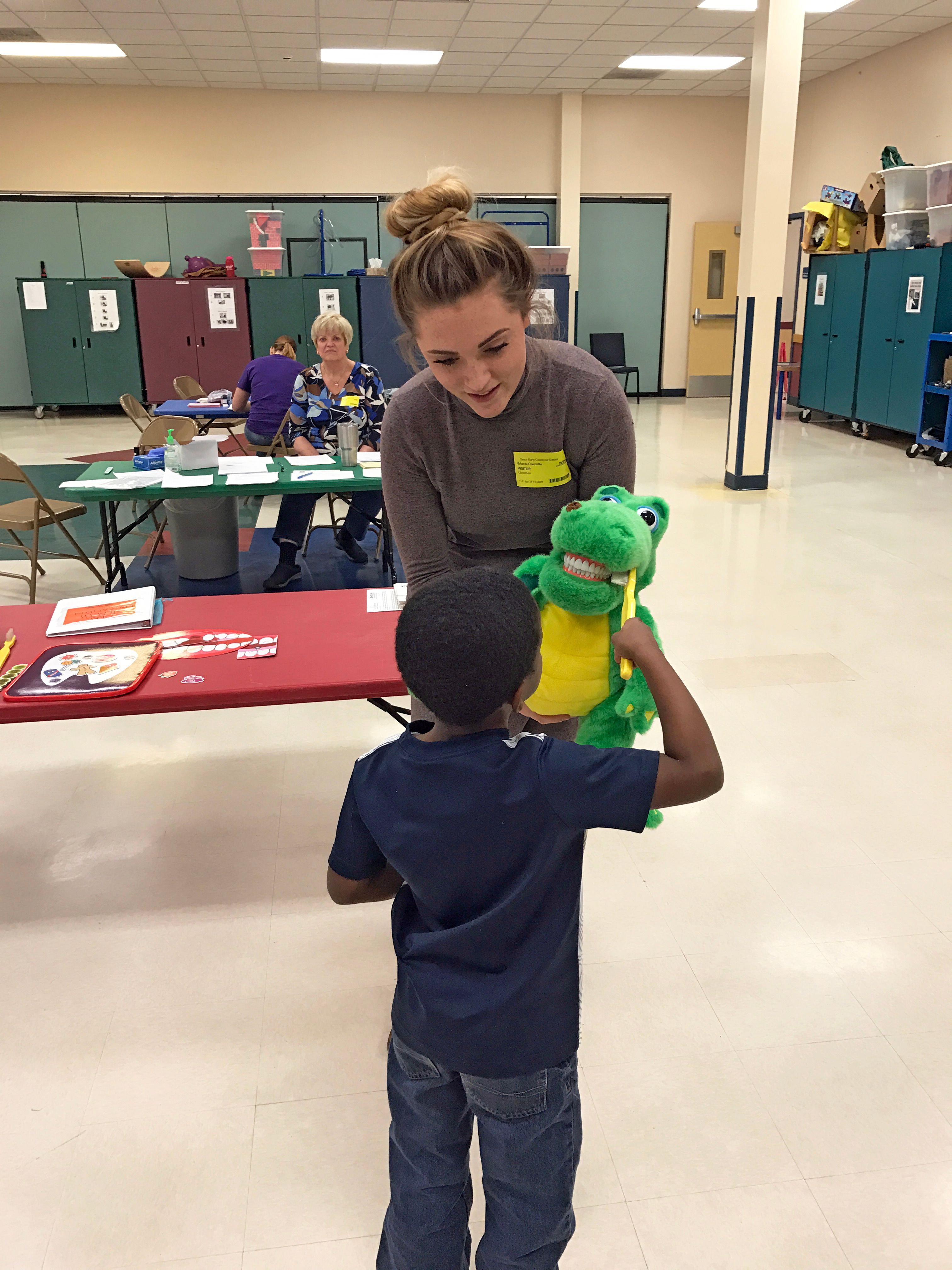 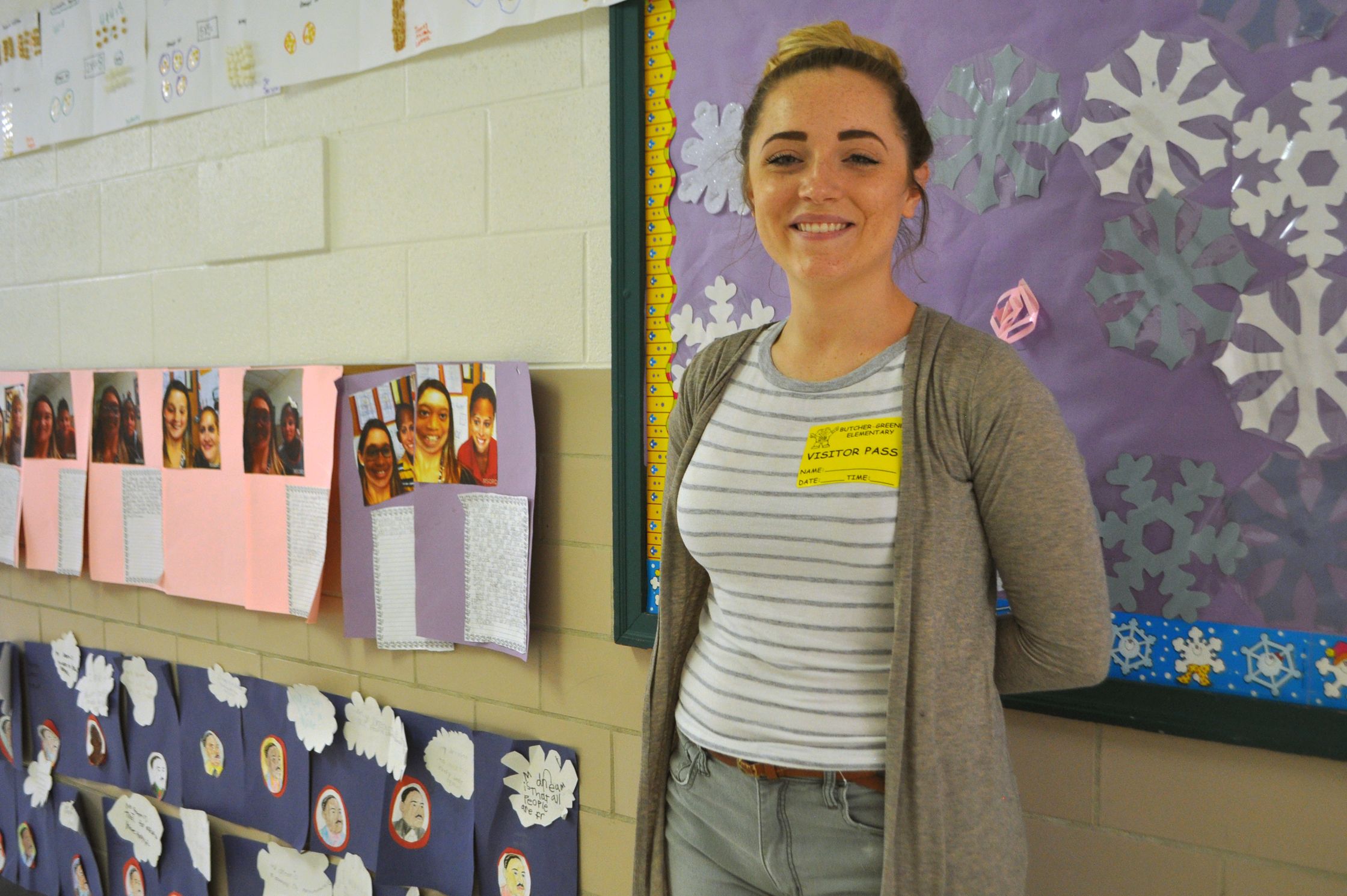 Brianna Obermiller is a pre-dental student at University of Missouri-Kansas City and a regular volunteer for Cass Community Health Foundation (CCHF). She was born and raised in Harrisonville, Missouri and helps screen students in Harrisonville and surrounding area schools during CCHF's free dental screenings.

Brianna didn’t always know which career path she’d follow. After graduating from Harrisonville High School, she attended the University of Missouri for a couple of years. She transferred to the University of Kansas City-Missouri (UMKC) and was still looking for direction. One day, she received an unusual text message from her role model, her sister, who suggested she look into dentistry.

“My sister thought it would be the right fit,” Brianna said. “My first thought was, no way.”

Brianna gave it some thought. She decided to meet with an advisor at UMKC which started her journey to becoming a dentist.

Discovering dentistry has allowed Brianna to engage in her community, including her old stomping grounds of Harrisonville. She heard about our free dental screenings through the pre-dental society at UMKC. She realized that the screenings are conducted in Cass County, where she was raised and currently lives. She immediately signed up. Now  she volunteers her time at several each year, including Harrisonville Middle School and Harrisonville Early Childhood Center where her niece attends school. Brianna is using her newly discovered passion for oral health to create change and prioritize health in her hometown.

“It is important to teach kids about dental health. It’s important for their future teeth. Taking care of your baby teeth is a big factor in adult oral health,” Brianna said. “Some of these kids might not live in a home that understands the importance of oral health. I think it’s meaningful for the kids.”

During the screenings, Brianna plays several different roles. She applies fluoride varnish to those that have parent consent, but her favorite activity is the educational component.

“The kids ask questions and get engaged. You talk with them and they become eager to learn more about their teeth.”

Brianna might not have known she wanted to become a dentist at the same age as those she is screening, but when she interacts with the students in Cass County, it is apparent she has found her calling. Brianna is proud to offer her skills to the community in which she was raised.

“I want these kids to have more pride in their oral health, to do it on their own. I want them to understand that the mouth is the gateway to health.”

Brianna’s contributions to our screenings are an important part of CCHF’s mission to empower the community through improved health. Her efforts to help create brighter smiles in Cass County have impacted our organization since 2015 and will continue this year as she has already agreed to volunteer at our annual fundraiser, the 23rd Annual 5K Walk/Run for Health. She does this as she is also preparing her application to dental school this summer in hopes to improve community oral health as a career.

If you are interested in joining Brianna as a volunteer, we have several opportunities listed here.