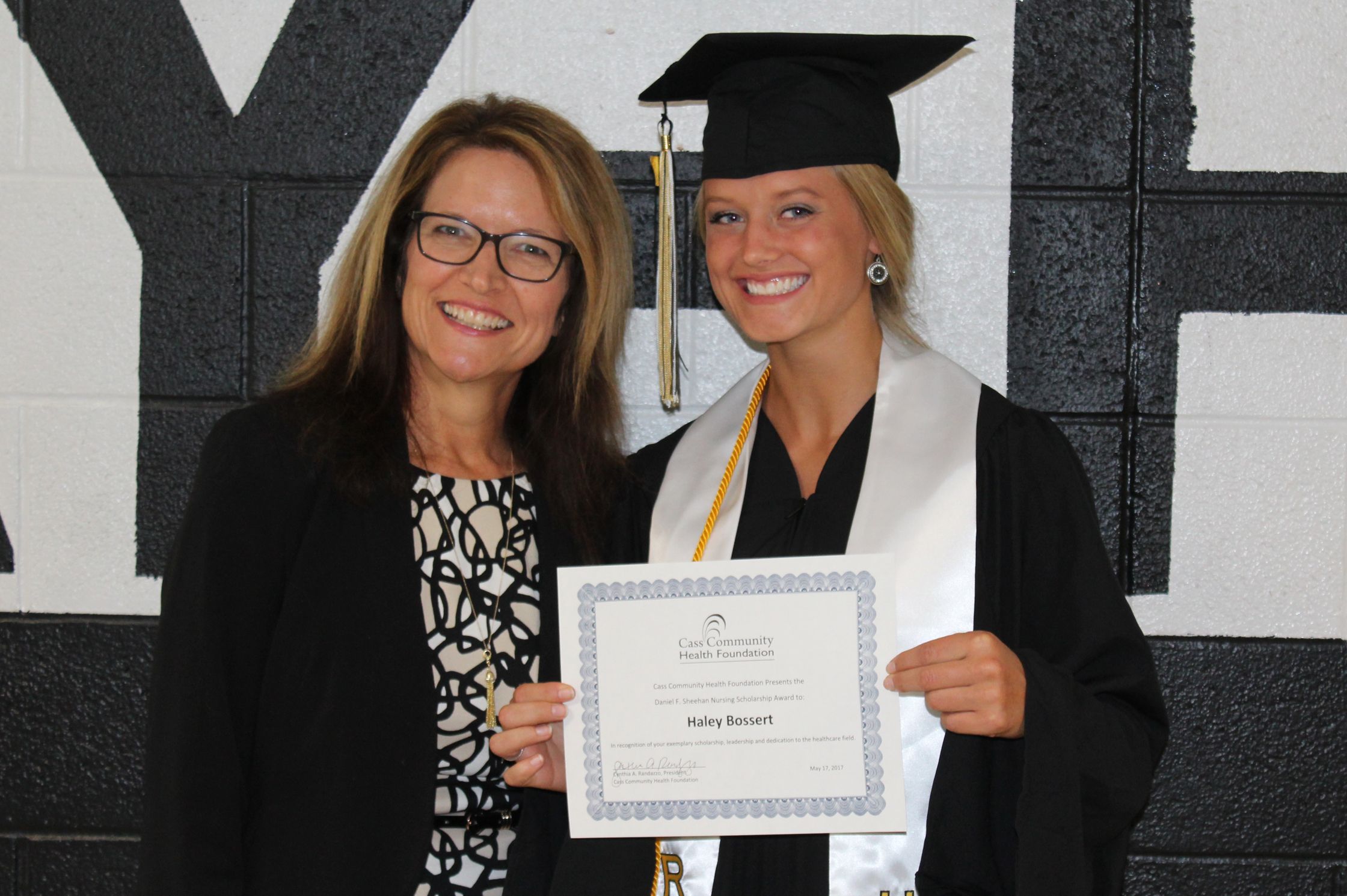 Describing Haley Bossert as an active teenager is an understatement. She’s a two sport athlete in volleyball and track, with impressive grades and a busy extracurricular schedule. In her spare time, she’s mapped out her future as a nurse. Haley is attending the University of Missouri in the fall and then plans to get a practitioner's degree at the University of Florida. After that, Haley wants to be a traveling nurse so she can experience new hospitals and meet new people. Eventually she’d like to be in a neonatal unit changing the lives of infants. Her enthusiastic involvement in school and deliberate planning landed her the Daniel F. Sheehan Nursing Scholarship, an award of $2,500. But before the summer of her junior year, Haley’s goals weren’t this specific.

“I always knew I wanted to help people. I had considered being a nurse because it seemed like a good job, but after my injury I realized being a nurse is so much more than getting paid; it’s your way of life.”

On July 31, 2015, Haley’s path became more clear. It was a hot morning at Lake of the Ozarks. Haley was riding a Jet Ski going 55 miles per hour, jumping over 60-foot wakes. She lost control of the Jet ski, flew into the air and came crashing down into the lake. The pain caused her to lose consciousness as friends pulled her from the water and raced to the dock. When she came to, a group of people huddled around her trying to understand what had happened. Seeing the shape of her arm, Haley’s parents rushed her to the emergency room.

“When I first stepped into the hospital, four nurses immediately ran up to me with questions. Are you okay? What’s your pain tolerance? Can we get you some water? They made me feel cared about. From that first moment I walked into the hospital, I understood that this is not just their job.”

Haley had a severe radial head fracture in her dominant arm. The doctors told her that her bone was so shattered that she needed surgery the next day. The x-ray showed her elbow had flipped upside down and was in four pieces. Saving the bone wasn’t a guarantee; she might be getting a metal elbow. Translation - her life as an athlete was over. Day-to-day activities would be a challenge, so hitting a volleyball was out of the question. After five hours of screws and pins being inserted into her arm, Haley came out of surgery with many obstacles.

“I grew up playing sports, so my world stopped. My life was on shut down and I got upset. I finally realized that I couldn’t do that to myself. If I just sat around and did nothing, I wasn’t going to learn anything from this.”

Haley’s newly found motivation reminded her of the passion she’d had for an active lifestyle. Because sports were taken away from her, she got involved in activities at Raymore-Peculiar High School and put her remaining energy into physical therapy. She joined Students Against Destructive Decisions and became co-president of Community Outreach Raymore-Peculiar, a student group that organizes charity and volunteer events. She went to physical therapy four times a week to regain mobility in her arm and prove the doctors wrong.

“The doctors told me I would never play sports again. But the medical care I received helped me work hard. I played varsity volleyball and ran varsity track this year.”

Haley’s injury changed her perception of nursing. She remembers her nurses as having an unusual amount of care and compassion. They tended to her in a way a supportive friend galvanizes, which led to her determination to play sports again. Haley wants to use her story to motivate other patients to fight like she did.

“I think my injury will help me sympathize. I’ll be able to see myself in my patients and tell them they can do it; don’t give up. Miracles can always happen. I like to think my arm is a miracle. I was told I’d never play sports again but I am. It’s a small one, but still a miracle.

Read more about the scholarship Haley received and other scholarships we award to high school seniors in Cass County and Grandview. View a full list of 2017 scholarship recipients.