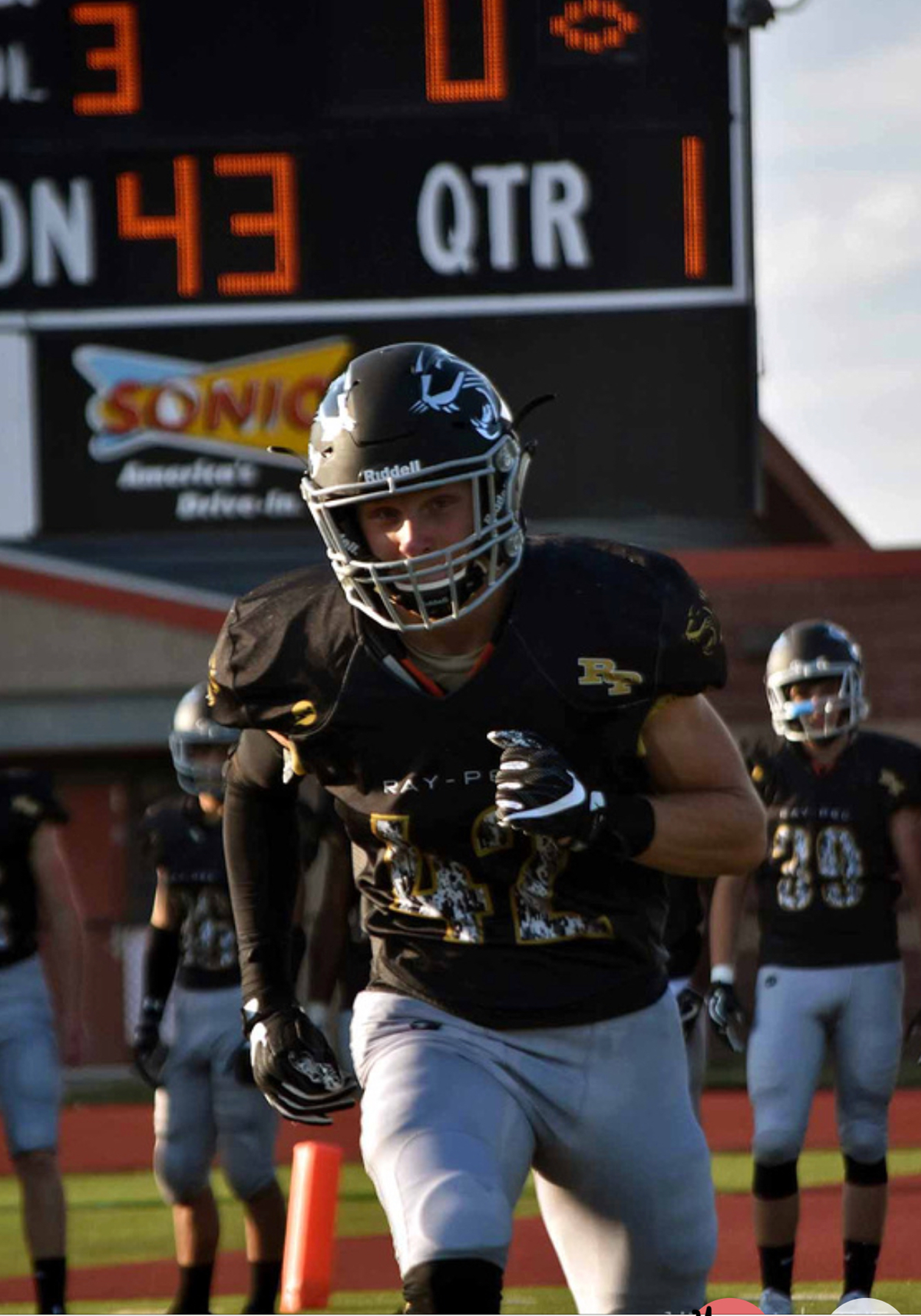 Mason Pratt was diagnosed with a rare blood disorder when he was 13-years-old, forcing him to quit playing football. The care he received during treatment motivated him to return to the field and pursue nursing in college. Pratt, the 2018 Daniel F. Sheehan Nursing Scholarship recipient, will study nursing and play football at William Jewell College in the fall. 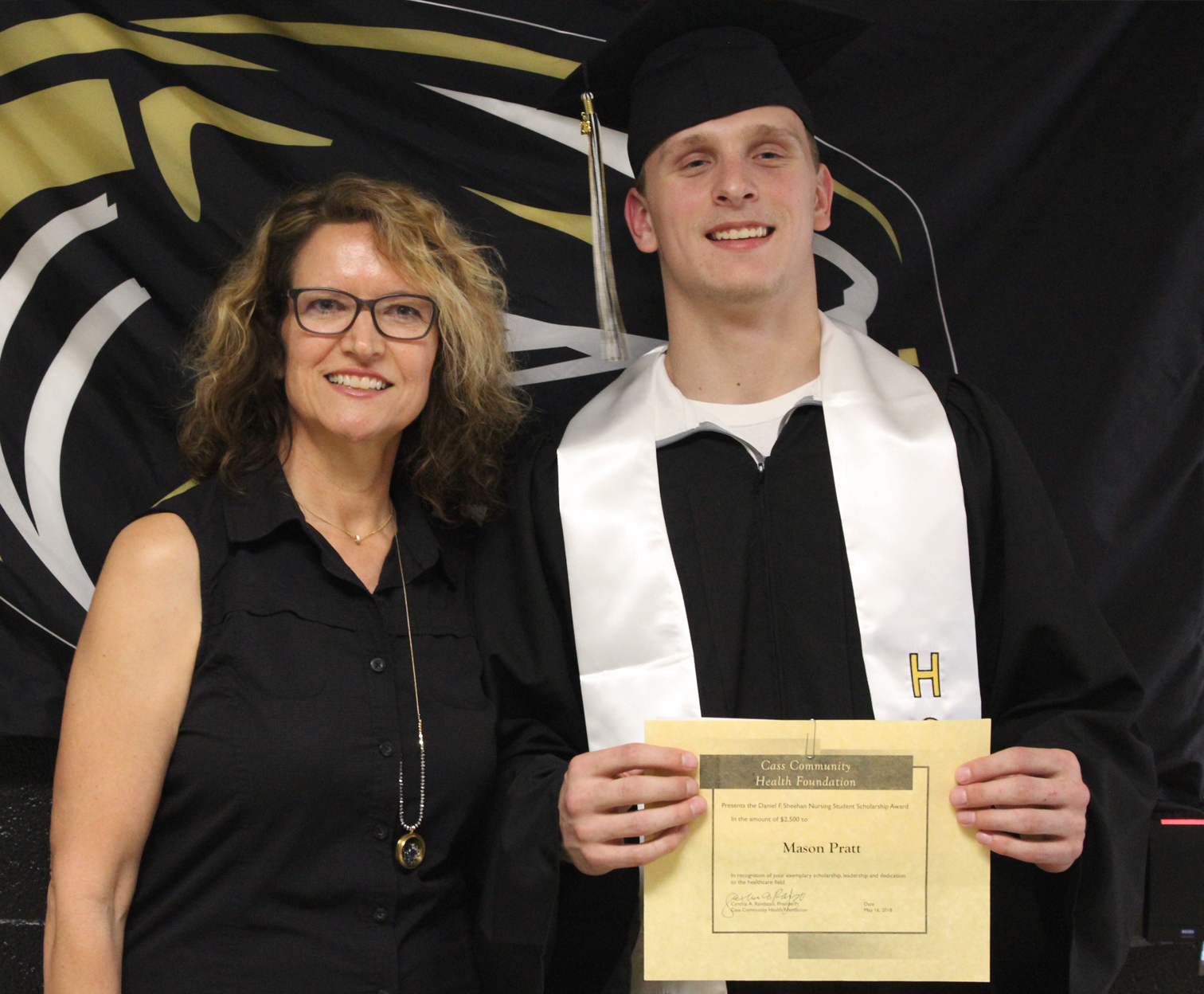 How a football player found nursing

Mason Pratt was a permanent tagalong when his father and older brother headed to football practice. His interest in the sport was immediately evident as he jumped into scrimmages without pads, a tenacity that paid off as he finally became old enough to play. Nine years later, Mason finished his senior season as free safety on the Raymore-Peculiar High School football team where he received several honors for his achievements on the football field and the wrestling mat. His athleticism earned him a spot on the football squad at William Jewell College where he will study nursing. And while the persistence he displayed as a kid brother eager to play with the older boys set him up for a successful football career, a life-altering blood disorder cemented his future in health care.

In seventh grade, Mason came home from football practice to discover contusions all over his body.

“There were hexagon-shaped bruises all down my arm. My ankles were purple. These were places that weren’t even touched at practice.”

He went to wrestling practice later in the year and was forced to deal with four-and-a-half hour nose bleed. After the nose bleed was cauterized and blood work was done, Mason was told he had idiopathic thrombocytopenic purpura, or ITP. His immune system was destroying his platelets, not allowing normal blood clotting. His doctors told him sports were no longer an option and his time spent at football and wrestling practices were replaced with hospital visits and overnight stays. The first year, his blood was drawn twice a week as different medications were tested. Nothing was effective and his platelet count remained low. He sat out his eighth grade football season and again as a sophomore.

“ITP is only supposed to last six months, but in some cases it’s chronic. Eventually, they decided to remove my spleen. I take my medication at four in the morning because I can’t have calcium four hours before or after taking it, but it’s very helpful and the reason I play football now. All the hospital and surgeon visits were hard when I was that young. It has definitely made me a stronger person though.”

Mason’s experiences with ITP revived his passion for football and helped him find a new passion in nursing.

“As I look back on the encouragement, care and connection that my nurses gave, I cannot thank them enough. Without them I probably wouldn’t have signed my letter of intent to play football at William Jewell College.”

The care he received during his struggles with ITP is why Mason chose nursing as a career. His first day in the hospital was scary. Mason was only 13-years-old and he didn’t understand everything happening around him.

“I was put in a hospital gown and told the name of my nurse. I didn’t know who that was. I just wanted it to be over.”

The nurse walked in with the biggest smile Mason had ever seen. He was kind, conversational and told Mason not to give up. Before the surgery to remove his spleen, nurses reassured him. Now Mason wants to do that for other kids. He plans to work in pediatrics and possibly become an anesthetist. Without compassion, Mason would have remained lost and confused.  Football might have forced him to discover his blood disorder, but the challenges have led him here.

Mason is the 2018 Daniel F. Sheehan Nursing Scholarship recipient, Cass Community Health Foundation’s top award of $2,500. After he graduates and becomes familiar with William Jewell’s campus, the intense workouts with his new football team and the rigorous schedule of a nursing student, Mason is prepared to put his scholarship to work.

“This scholarship will not be wasted. I will put it back into something to help younger kids who were scared like me.”

Read more about the scholarship Mason received and other scholarships we award to high school seniors in Cass County and Grandview. View a full list of 2018 scholarship recipients.