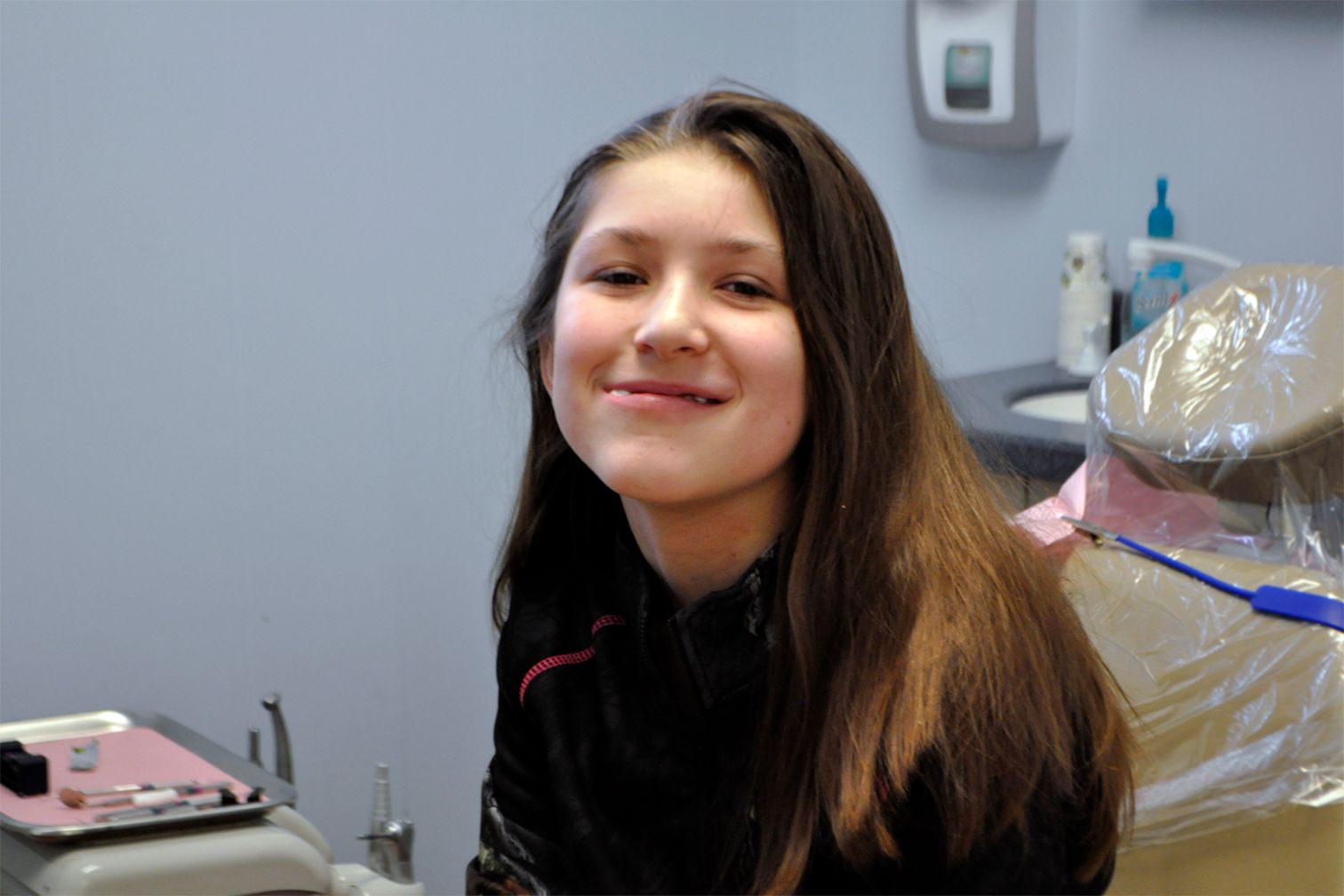 Shannon Pilaczyski brought her daughter Alexandra, age 11, into Cass County Dental Clinic on a cold December morning. Despite the frigid temperatures, the two were smiling and eager to share their thoughts on the clinic. Shannon and her husband Jeremy have no difficulty in getting their three children to visit the dentist. Shannon says that’s because Cass County Dental Clinic staff have gone above and beyond in treating Cameron, Alexandra and Matthew with kindness. 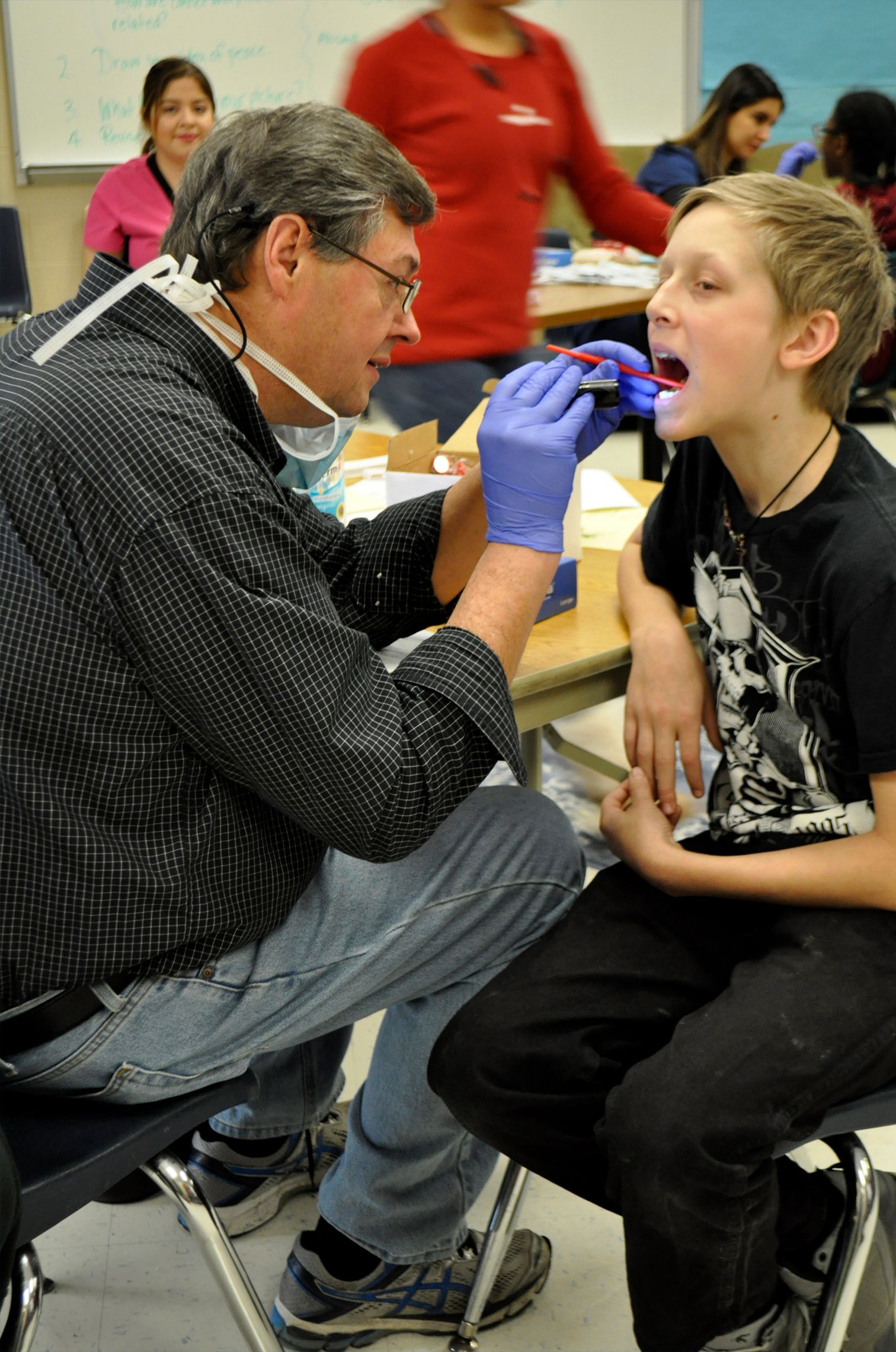 Shannon Pilaczynski’s first dental experience wasn’t great. She needed serious work done, but the dentist didn’t give her anything to numb the pain. Since then, she’s been scared to return to the dentist.

Shannon and her husband Jeremy learned of the clinic through Cass Community Health Foundation’s (CCHF) dental screening program. In October 2017, CCHF visited Conn-West Elementary School in Grandview where their children Alexandra and Matthew attend. The family was referred to Cass County Dental Clinic at the screening and now Alexandra, Matthew and their older brother, Cameron, are all patients at the clinic.

“Alex has a baby tooth that doesn’t want to come out, so the school told us about this place. I’m so happy we found it.”

Shannon and Alexandra drove to the Belton clinic on a cold Thursday morning in December. They moved to Grandview from Minnesota six years ago and aren’t fazed by frigid temperatures. They sat in the waiting room smiling as Alexandra’s named was called. Shannon asked Alexandra if she needed her mother’s company during the appointment. Alexandra said, “no, I’ll be fine.”

She eagerly hurried back to the exam room and Shannon shared her thoughts on Cass County Dental Clinic and its staff, beginning with a friendly greeting from the front desk to the service they get in the dentist’s chair.

“Usually my daughter would want me to be in the room with her, but she is so comfortable with the staff,” Shannon said.

Shannon credited her kids’ excitement for the appointment to how clinic dentist Dr. Madeline Sloan interacts with her patients. Cameron’s first visit required drilling. Before they began, Dr. Sloan commented on his Michael Jackson shirt. A Michael Jackson song began playing while Dr. Sloan was working on his teeth and they connected over the music. He entered the appointment hesitant. Shannon remembered how quickly things changed.

“I was sitting in the waiting room and all I could hear was them talking about Star Wars. My son was so excited about being here. I just remember sitting here and listening to him giggle. He was nervous and then that happened.”

Since their big brother came home from the clinic with a smile, the younger children were less uncertain about attending appointments. They enjoy talking to Dr. Sloan about the things they like.

“She is a great dentist. This whole place rings of her voice. You always hear her joking around with the kids. I’ve always wanted to ask her if she is ever in a bad mood,” Shannon joked as a lively conversation between Dr. Sloan and Alexandra carried out to the waiting room.

“If my kids are happy, I’m over the moon. That’s why I’ve had nothing but great things to say about every single staff person. Every time we come here they are amazing. They make my kids feel comfortable and at home.”