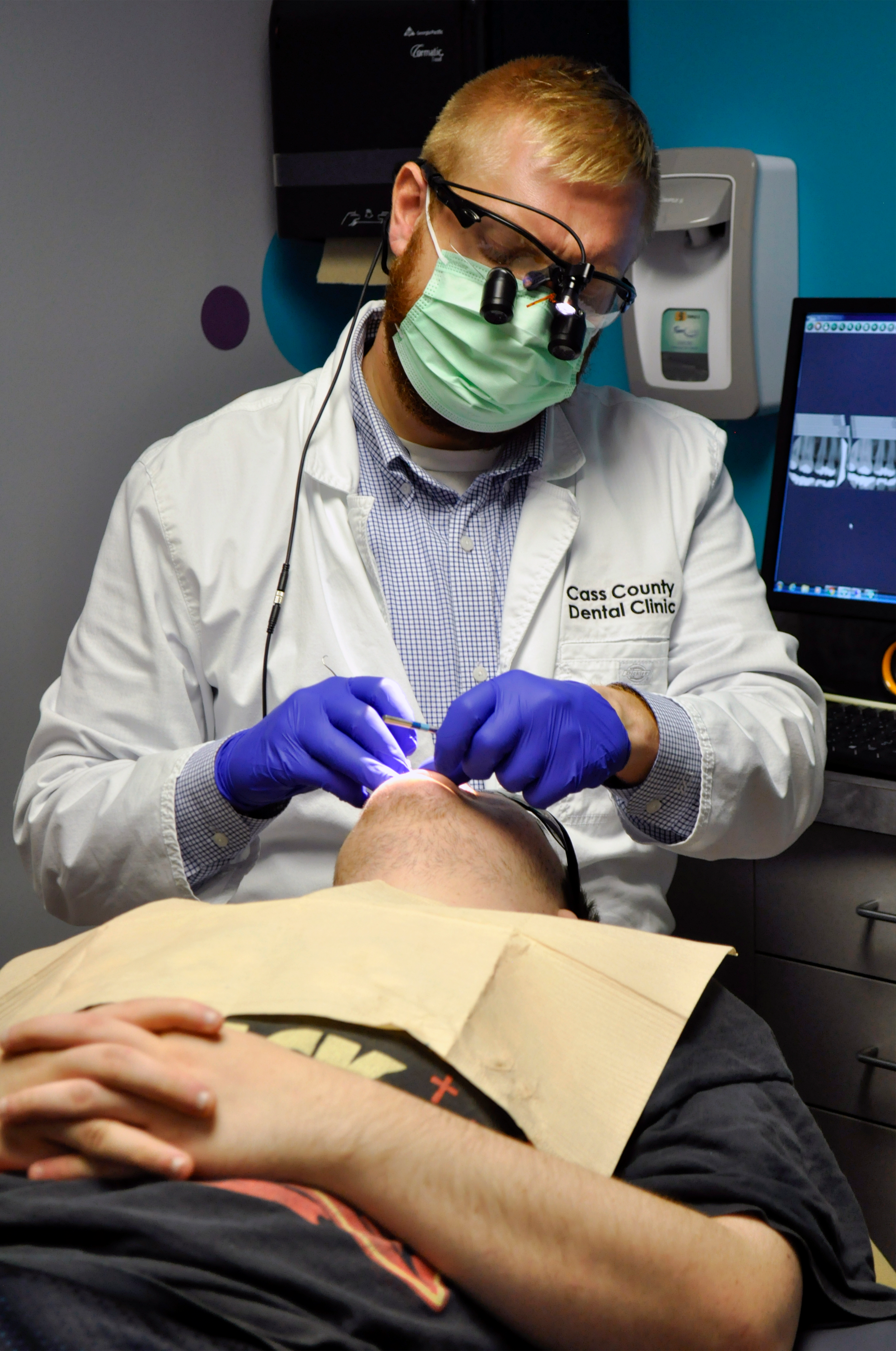 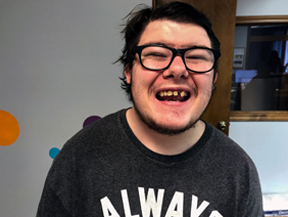 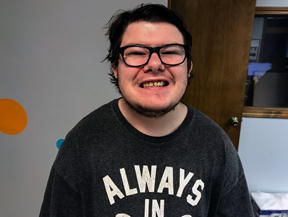 A farewell among friends

When Robert Stein got up from the dentist’s chair at the end of his routine cleaning at Cass County Dental Clinic, he asked, “You sure do like to torture me, don’t you?” Dr. Sky Kurlbaum laughed, told Robert to take it easy and watched as he and his mother left the clinic. Robert’s late July appointment was his last at Cass County Dental Clinic, a safety net dental clinic that serves those insured by Missouri Medicaid or are low-income uninsured ages zero to 20. He turned 21-years-old August 5.

“We’ve had trouble with other dentists,” Robert’s mom, Beverly Stein, said. “But this dentist is awesome. These are the greatest people.”

As the dental assistant cleaned his teeth, Robert expressed anxiety over a loose tooth. Dr. Kurlbaum overheard him from his office and entered the room to discuss the cause. They poked, prodded and joked about the sensitive spots in Robert’s mouth. Dr. Kurlbaum explained to Robert that teeth naturally move and shift and that he had nothing to worry about; the tooth wouldn’t fall out. Robert insisted he take another look.

Robert and his mom were sad to leave Cass County Dental Clinic for the final time, but what they achieved during their time together has transformed Robert. His last appointment may have been a simple cleaning, but Dr. Kurlbaum and Robert have been striving for an improved smile for months.

“I had a flipper built for me. The original price was $297. We didn’t have that much money, so the clinic helped get the price down to $140,” Robert said. Missouri Medicaid doesn’t cover partial dentures.

Before being a patient at Cass County Dental Clinic, Robert had a missing tooth. Beverly struggled to get him to brush and his lack of confidence showed in a smile that never bared teeth. After a series of appointments, Dr. Kurlbaum placed a crown and partial denture on Robert’s front teeth.

“He was so happy because now he has all of his teeth again and can finally smile,” Dr. Kurlbaum said.

After the cleaning and dental exam were complete, Dr. Kurlbaum ended the visit with, “No cavities, buddy!”

As Robert chatted with his dentist turned friend, telling him stories about video games and friends, Beverly was excited.

“That’s the first time he hasn’t had cavities since he was a baby.”

Dr. Kurlbaum and Robert created a friendship that included banter, mentorship and laughs. But most importantly, a smile worth showing.