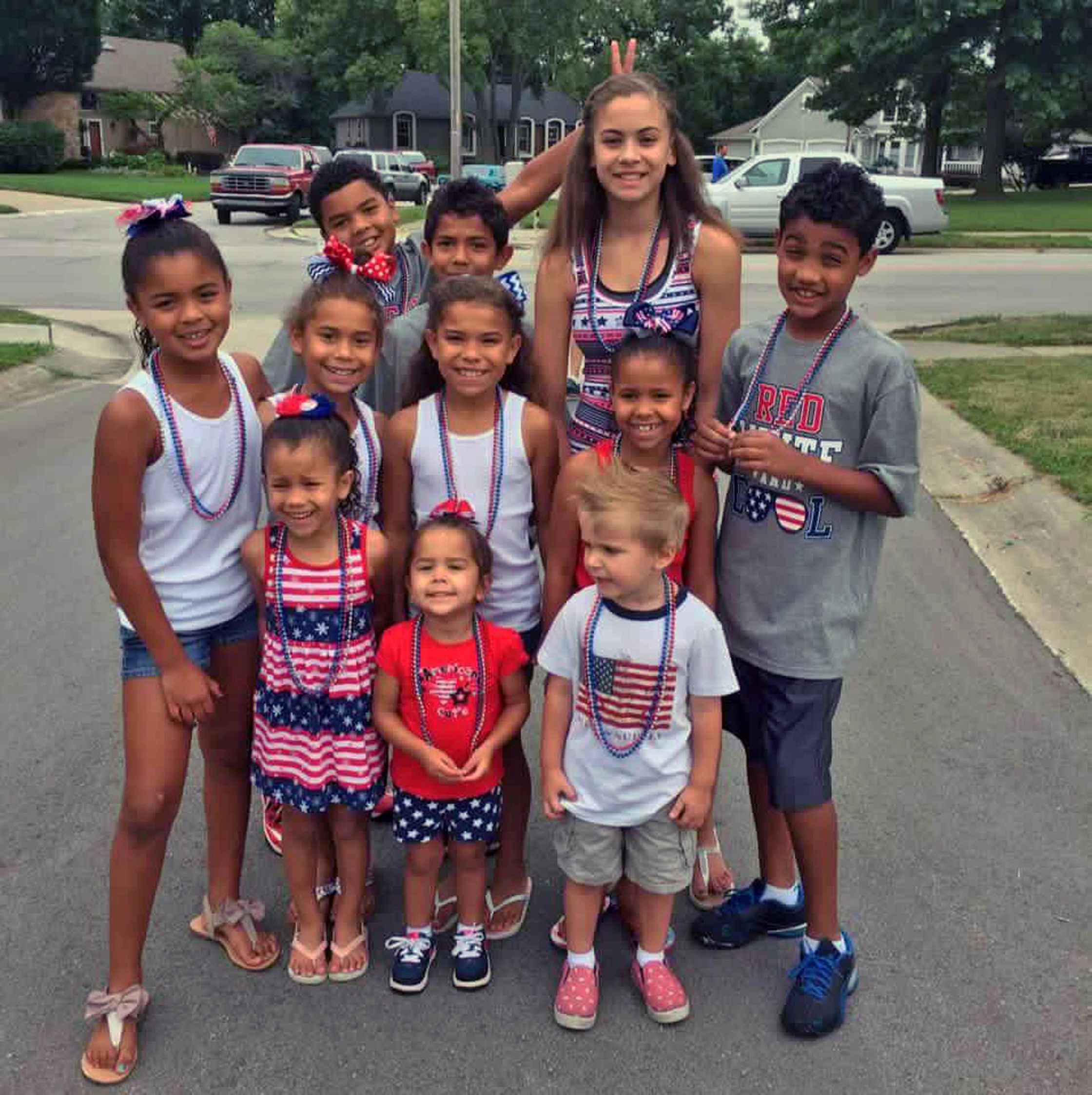 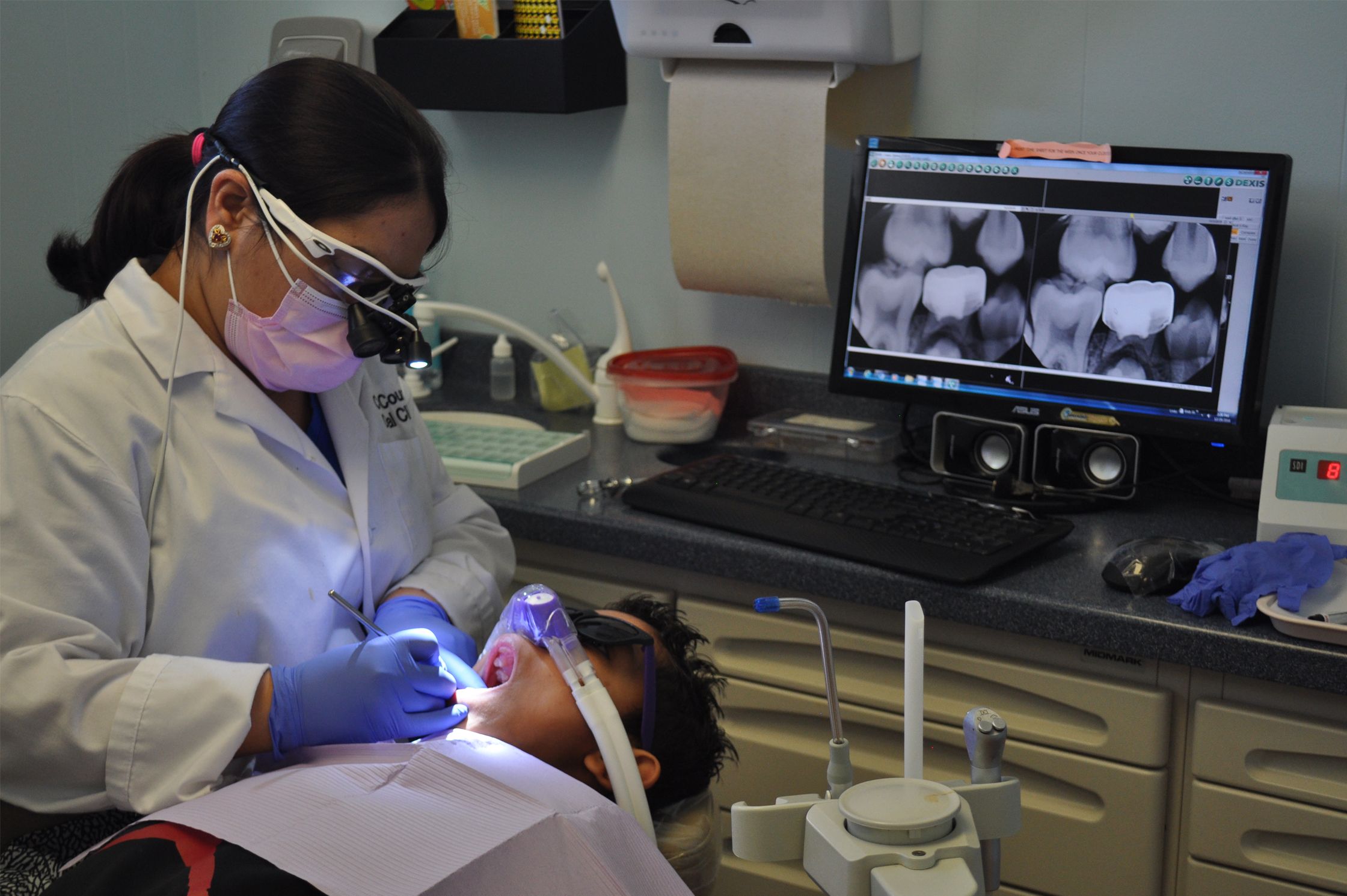 The more the merrier

Holly Lewis walks into the Cass County Dental Clinic with her two children Quincy and Daisha. The Clinic staff was told to expect “up to seven” children tagging along. When asked why only the two with appointments were in attendance, Holly replied, “Seven was just not going to happen today.”

After Quincy is done with his check up, his brother Keiair opens the door to the Clinic and peeks his head into the waiting room, a signal to Quincy that it’s time to go. His father, Sherman, is outside ready to drive Quincy to a birthday party after delivering Keiair and another brother, Aieron, to basketball practice. Meanwhile, Daisha makes her way to the dentist’s chair. Holly waits for Daisha’s return with ease because her oldest daughter, Jaylin, is at home watching her other six children. Only an hour has passed, but with a family of 13, the Lewis family experiences a lot in just an hour.

Holly has four biological children, Jaylin, 14; and Aireon, 11; Keiair, 9 and Kaleiana, 8 with her husband Sherman. In 2012, the family began taking care of Liam, a five-week-old baby. Liam, now 4, was adopted in August 2016. Quincy, 11; Navaeh, 9; Patience, 8; Daisha 7; Triana, 5 and Layah, 3; were children of Holly’s cousin who were cared for through the State of Kansas foster care system until 2014, when Holly and Sherman welcomed them into their home. All six adoptions were finalized in January 2016.

“Sherman and I have been together for 14 years and have been licensed child care providers for 11 of those 14 years,” Holly replied when asked how she keeps up with 11 children. “The daycare prepared us for this. It becomes a routine, second nature. Kids are our habit.”

Holly described their daily schedule as “nuts.” The morning hours alone consist of waking the nine that attend school, convincing them to get out of bed, get dressed and get on the bus. After they are successfully headed to school, the focus turns to the two preschoolers that undergo a similar process. There is a brief moment of peace and then the daycare kids start arriving.

It’s understandable that making time for the dentist could be challenging, but all 11 children are patients at the Cass County Dental Clinic. The entire family started making appointments at the Belton clinic in September 2016 and despite their perceived chaos, Holly maintains that the Clinic makes it easy.

“Everybody here is always cool. They try to give me back to back times. They never shove our family out the door. Sometimes they squeeze in one more appointment for me so I don’t have to drive back,” Holly said.

“You can’t rent the entire Clinic for one family.”

She contends the Clinic accommodates their hectic lifestyle and helps her create the most convenient appointment schedule as possible.

“They are informative, patient and offer options. They stay open late and have more than one dentist on staff so things get done quickly. And the phone reminders are amazing for people like me.”

Holly has had more than one trying encounter with her children and the Clinic staff. One of her boys was supposed to receive a cap, but wouldn’t cooperate.

“I expected frustration,” Holly said. Instead, the staff kept their cool, told Holly to come back and they would try again.

“I would have told him to sit down and get it done,” Holly said.

When her four-year-old needed fillings, the Clinic staff talked to him until he calmed down.

“It’s no small feat to get a four-year-old in a chair with his mouth open for fillings.”

“That acknowledgment was appreciated.”

Holly and Sherman have made their children’s oral health a priority. Holly said the Lewis family will be patients for a long time. Since the youngest, Layah, is three, Cass County Dental Clinic can make appointments with the Lewis’s for the next 17 years.